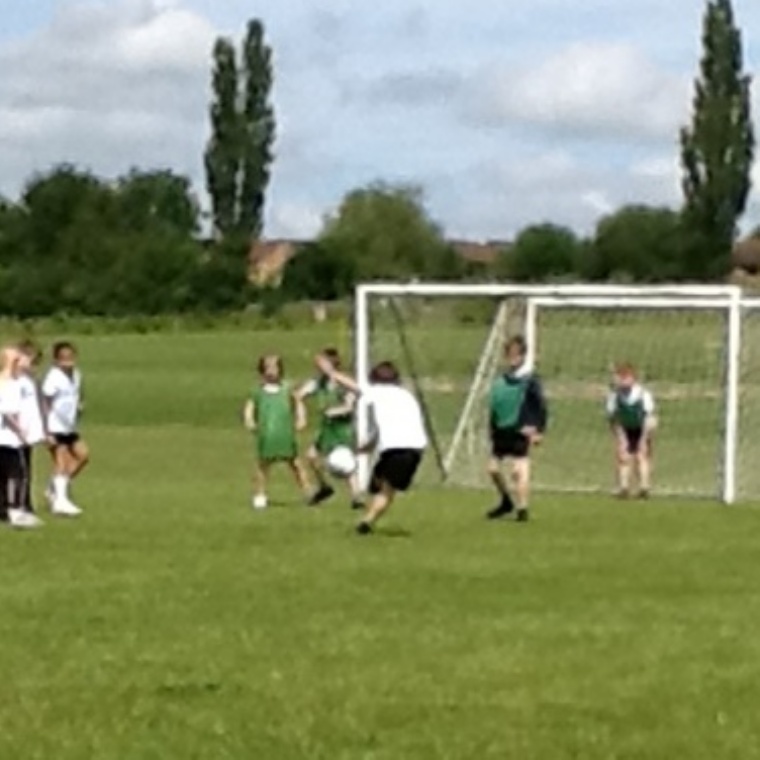 Year one travelled to Kilsby Lane to take part in the key stage one football festival this week. They took part in skill sessions and played games of footballs. One of the Paddox groups that attended this festival was called Paddox Wildcats and here is their football game write up...

Paddox Wildcat lined up to play Brownsover Gibbons. Wildcats soon began to dominate and Finlay took the score line to 1-0 with a confident goal. Liam quickly took the centre kick and dribbled to give Wildcats their second goal. Team were taken back to the centre spot. Liam defended strongly to take ownership of the ball again, he tackled skilfully and dribbled down the line to score his second goal.
Hammad showed himself to be strong attacking force and looked to head for goal however their defender tackled Hammad fairly and took the ball. He later celebrated his first goal of the match with a run and a smile down the pitch.

Paddox Wildcats then played Brownsover Lemurs on pitch 1 and the game finished 2-0.

The first goal went in off a defender after a shot from Euan T and the 2nd goal came from a glorious run by Liam and a world class shot to land in the bottom right hand corner. William D showed very good defending skills throughout this game and Hammad was a super goalkeeper.
Next match we faced another Paddox team - Paddox Leopards
Liam scored first goal and celebrated with a run down the field. He celebrated his second goal in style. Hammad scored 2 confident goals against the ever defending Jacob. Liam scored again and celebrated with an aeroplane style dance. Verity scored a goal with a powered shot. Finlay R from Paddox Lepards team showed strong defending skills. He looked determined down the wing and managed to get his side several corner kicks. Liam continued his domination and scored again. Ended 7-0.