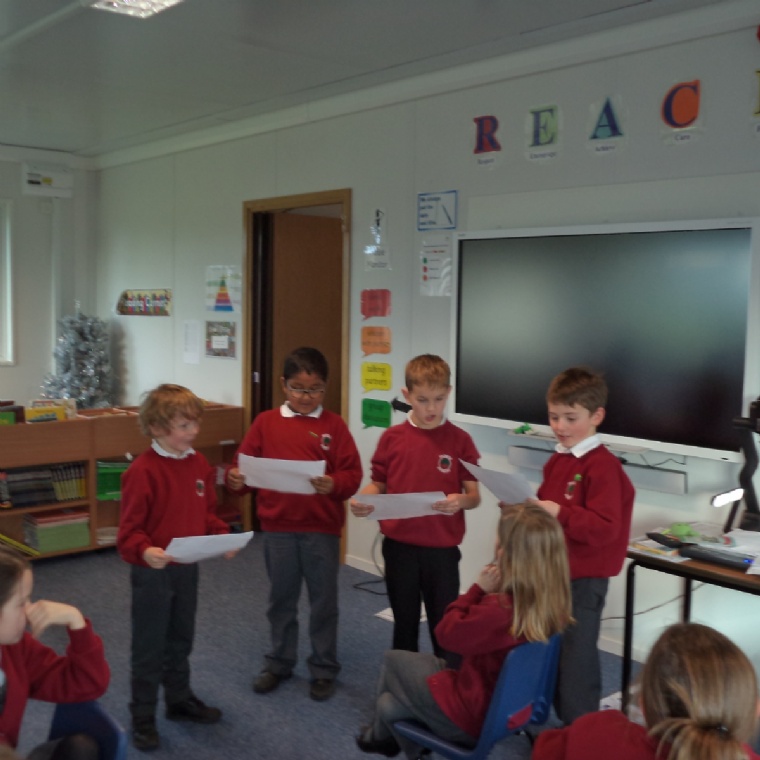 This week, Year 3 have been honing their drama skills. The work was based around "Lost and Found" by Oliver Jeffers. First of all we watched a short Charlie Chaplin film to see how one of the greatest silent movie actors was still able to portray emotion. We then created our own dialogue from the silent opening clip of the animated film of the book before learning about how real actors know how to perform because of stage directions.

As part of our Explore topic, we've compared the different regions of the world - namely the Equator, the Artic, the Antarctic and the Tropics of Cancer and Capricorn - and also learnt why we have to have timezones around the world, rather than everywhere having the same time.

And so, until next week, "Parting is such sweet sorrow..."!