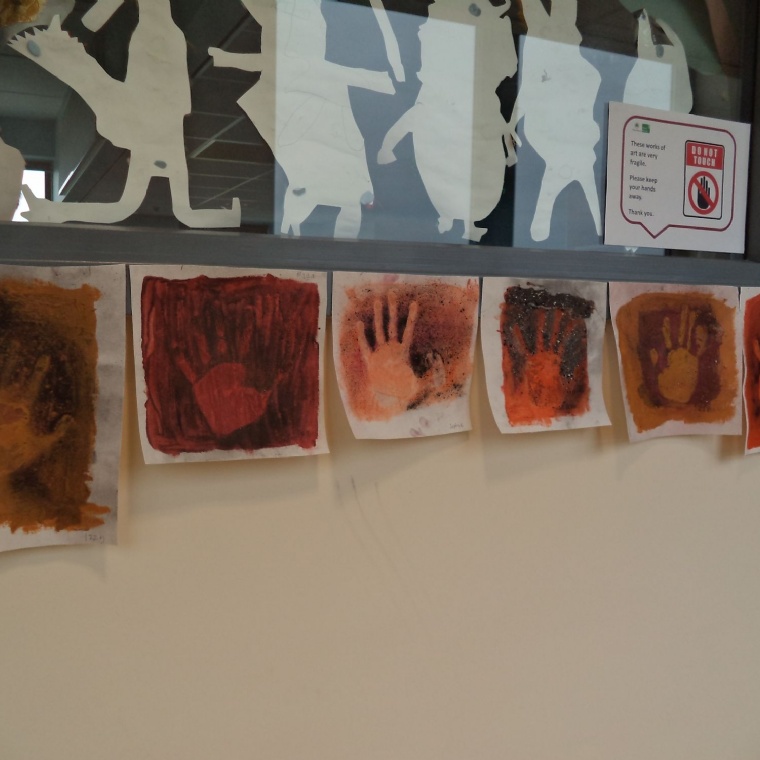 Some of the hand paintings which were created in Forest Schools this week.

In keeping with our topic of Stone Age to Iron Age, in Forest Schools the children have attempted to replicate the famous cave paintings in Chauvet, France which are the outline of a hand. These stunning images are now on dispay outside our classroom.

We've compared two books whose characters are based in the Stone Age, namely Ug by Raymond Briggs and Cave Baby by Julia Donaldson. After creating a list of the features of both books we decided which one would be best suited for KS1 and which for KS2. Why don't you read them for yourself and see if you can guess which one we decided was which? We've now started reading "Stig of the Dump" by Clive King and are waiting to find out what sort of a character Stig is. Will he like cave painting too? We'll have to wait and see.

Finally, our space seeds continue to grow and, excitedly, there is a definite difference in the height of the seedlings with those from the red packet being, on average, taller than those from the blue packet. Which ones were the ones which were sent into space? Only time will tell!