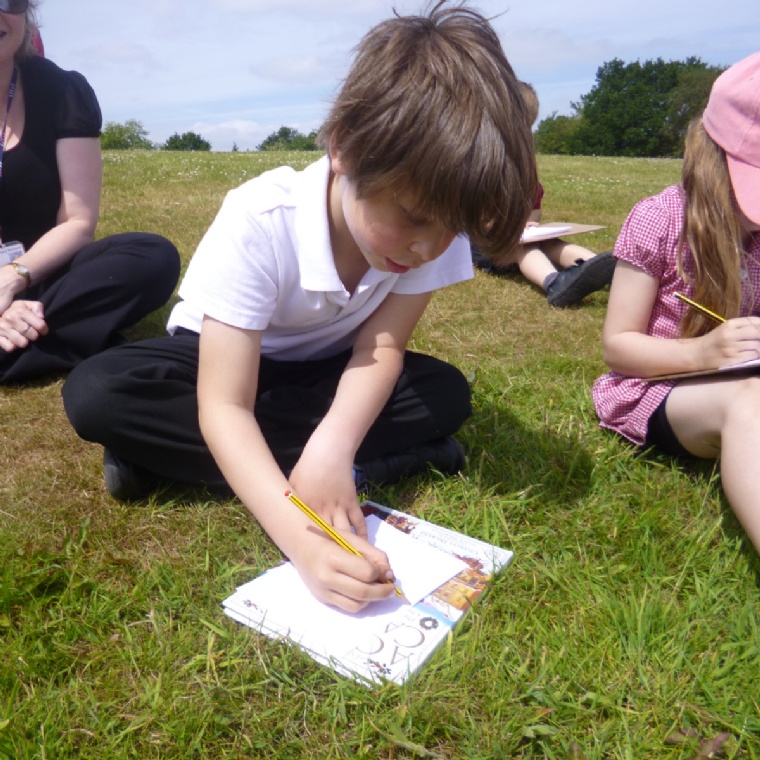 We have learnt that haikus are all about nature. First of all, we looked at some haikus about nature and they gave us lots of ideas. Then, we thought back to our walk around Hillmorton last week, and remembered some of the nature that we saw. We used lots of adjectives, verbs and adverbs to describe the nature in Hillmorton. At first, it was a bit tricky to write a haiku but once we got the hang of the pattern, it got a little bit easier. Sometimes it was really frustrating because we thought of a really good descriptive sentence but it was over five or seven syllables! We had great fun clapping out our haikus and checking each other's. Miss Merrick moved lots of children up to the stars because of their fantastic haikus! Here are some examples:

Blue birds are tweeting
Bees are buzzing everywhere
The sun is blazing.
- Jack

Listen to the birds
They are chirping cheerfully
Look at their feathers.
- Nicola