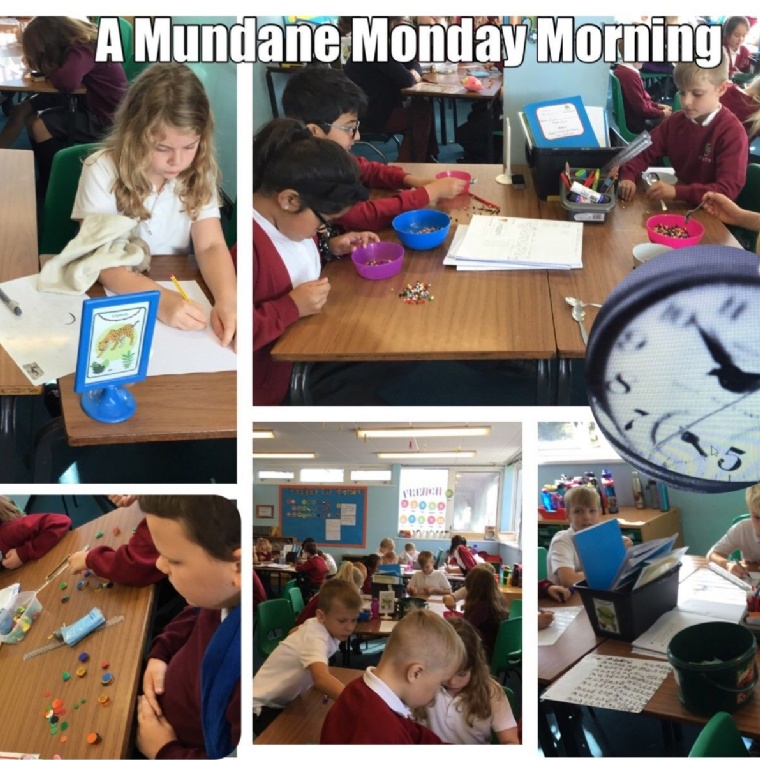 As part of the introduction to our new book 'Quest' by Aaron Becker, we wanted the children to experience and understand the meaning of the word 'mundane'.  We asked them to complete a number of repetitive tasks and then to record how they were feeling afterwards. Some of the words that were generated were great and demonstrated what a rich vocabulary the children have. We then used it on Wednesday to help build pathetic fallacy sentences, which were describing the weather to reflect the mood of our central character.

Don't worry, the week didn't stay like this and took a few unexpected turns; just like in the book!