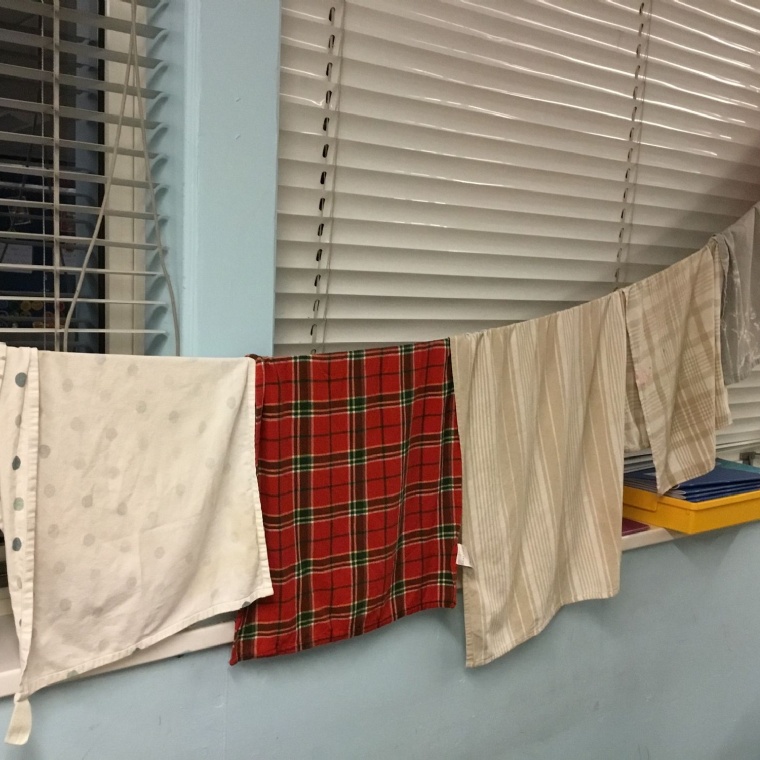 Over the last two lessons, we have been looking at whether the temperature of a room affects the rate of evaporation. We had three identical tea towels which we weighed. We then soaked them in the same amount of water and then placed them in three different locations. We waited 15 minutes and weighed them again. The tea towel which weighed the least at the end meant there had been more evaporation!