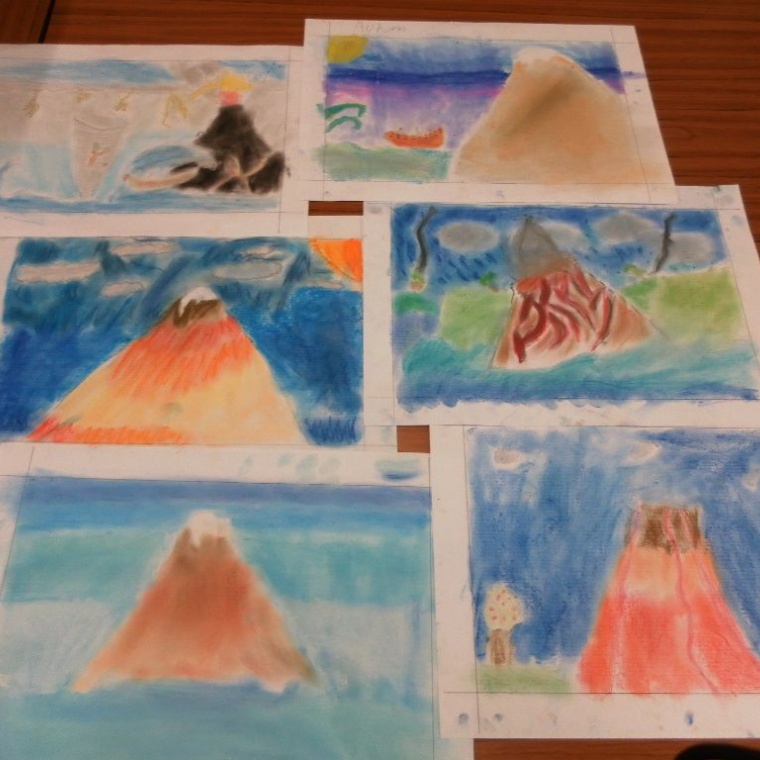 Well, we're at the end of Autumn Week 9 and it's been a busy one!

Children have enjoyed creating rich descriptive play scripts detailing the adventure of two children exploring a mountain. The mountain was harsh, steep, freezing and tiring to climb. Our children's curiosity eventually led them to the top of the mountain and face to face with an angry Yeti! The escape was spontaneous, fast paced and most importantly successful.

In Numeracy the children have been learning about fractions. It's fair to say that about 2 quarters of them found it difficult but by the end eight eigths of them had got it.

In Science the children started looking at electricity. Year 4 were confident in their understanding of electical and non electrical appliances and moved on to drawing basic circuits including symbols for electrical components. Fortunately nobody got their wires crossed and everybody seemed switched on.

Finally, Year 4 had a great time creating some mountain landscape pictures. Using their creativity and colourful imagination Year 4 have made some fantastic images.