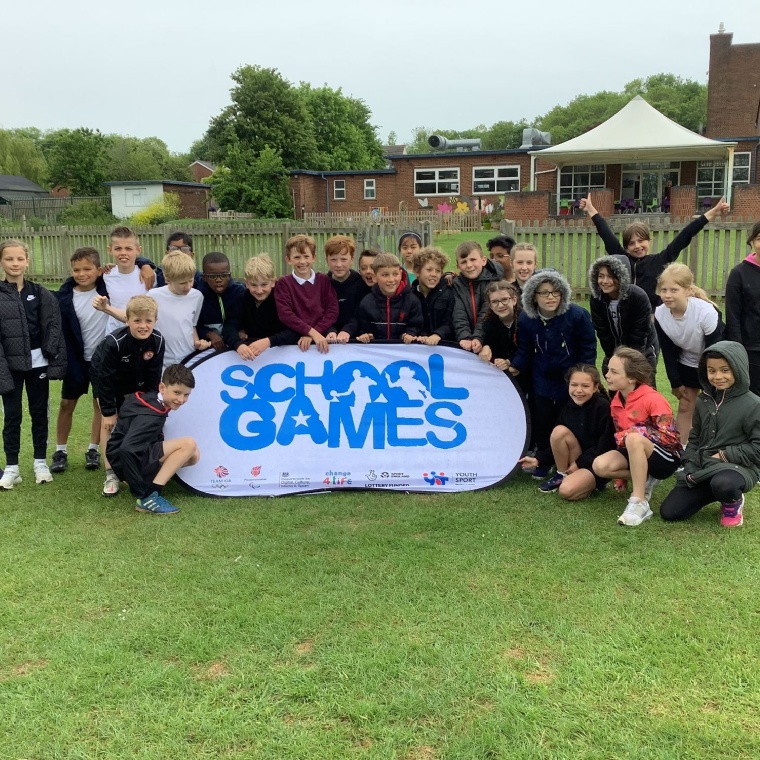 On Friday 20th May, 28 children took part in a Quad Kids event which was organised by our local School Games Coordinator.

At 9:15, the children left on a coach and made their way to Riverside Academy in Newbold. Despite the drizzly weather, the children were in good spirits and were looking forward to taking part!

The children were selected based on their performances in PE lessons in the weeks running up to the event. The four events included; 400m run, 50m sprint, standing long jump and a soft javelin throw.

At each station, the children cheered each other on, and it was humbling to see the team work involved despite the events all being individual. All of the children involved should be proud of their achievements in the competition!

Paddox took part along with four other schools and will hear how we performed after the second heat on Monday 23rd!

A big thank you to Mrs Perry & Miss Nelson for supporting the children at the event, too!