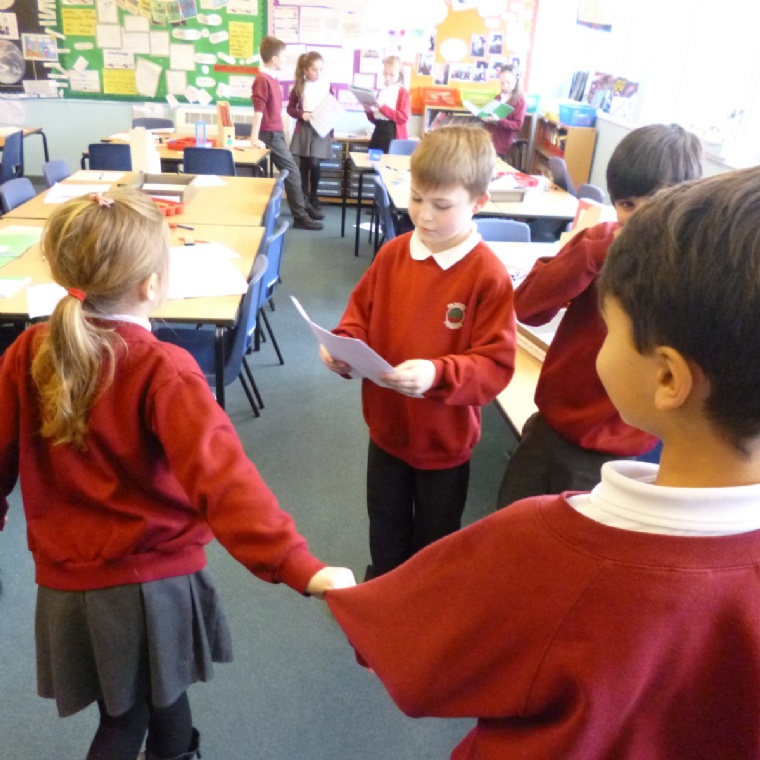 If you were ranking the greatest play writers it would go Year 5 at the top, with William Shakespeare and others as joint second!!

Using the book, 'The Vanishing Rainforest', we have created play scripts based on each scene in the book. We wrote, directed and performed our play scripts with reviews hailing them as 'a smash!' We look forward to continuing to learn about Rainforests as well as moving on to learning about North America through 'Holes' -  a book about children being punished and sent to a juvenile detention centre in America. Apparently hard work, according to the book, is character building - it must be why we're working so hard (sometimes!) in Year 5.

While the song leaders went to learn the games that they are going to share with KS1 at break and lunch times, the rest of the year spent time trying to create some art work inspired by Xul Solar, a famous South American artist.