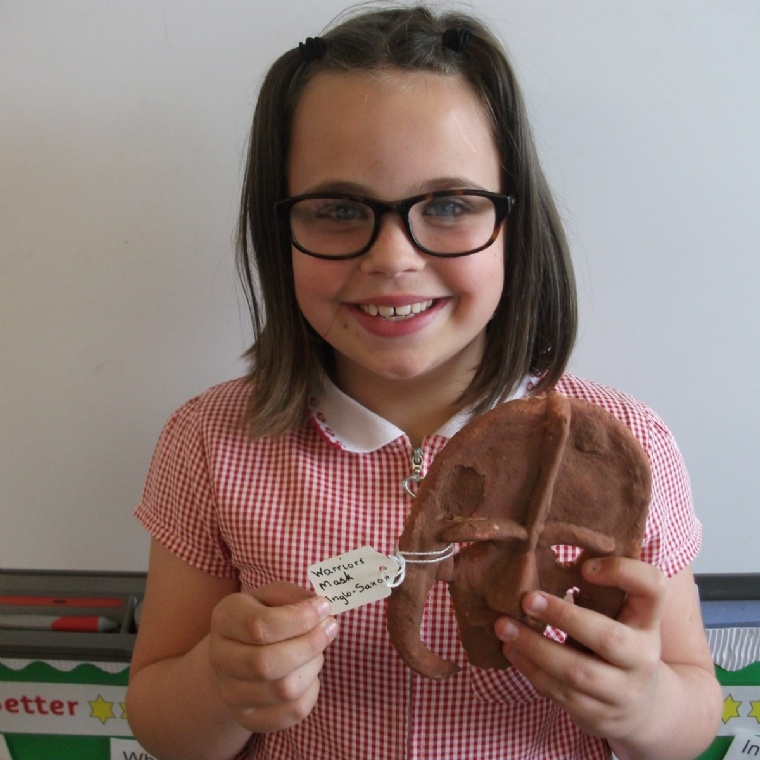 Ruby made this replica of the Sutton Hoo mask at home with her dad.

In 1939, with World War II about to begin, archaeologists in Britain were excited by a discovery from 1,300 years ago.

Inside a grassy mound at Sutton Hoo, in Suffolk, they unearthed the remains of an Anglo-Saxon ship, possibly the tomb of a 7th-century nobelman.

The wooden ship had rotted away, but its outline, and some of the treasures buried with it, remained. Among the gold, silver and iron was a sword, a shield and a warrior's helmet, probably the most famous of all Anglo-Saxon museum treasures. 5T used salt dough to try and recreate some of the artefacts found.