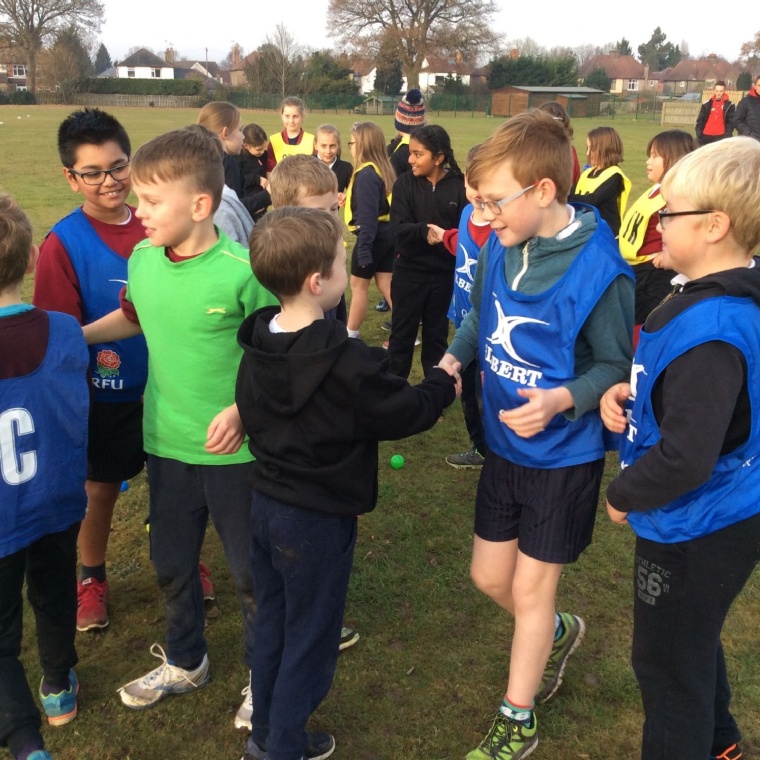 They thought the war would be over by Christmas - it is, but only for a day! Not as catchy or memorable as the famous phrase that accompanied England defeating Germany in the World Cup Final in 1966 but it'll do!

Alliance v Entente - England v Germany - The Great War continued to take place on our school field, each side armed with ammunition (soft balls) were camped either side on No-Mans Land, which was marked by cones (just like in WW1!!). They continued to fight until night fell, when the sound of gunfire was replaced by Silent Night. One half started singing, the others joined in and a truce was held with the meeting of the two sides in the middle of No-Mans Land, marked by a handshake. Afterwards we played football, practising the dribbling, passing and shooting skills we have been taught - we even got to take penalties against Mr Patel!