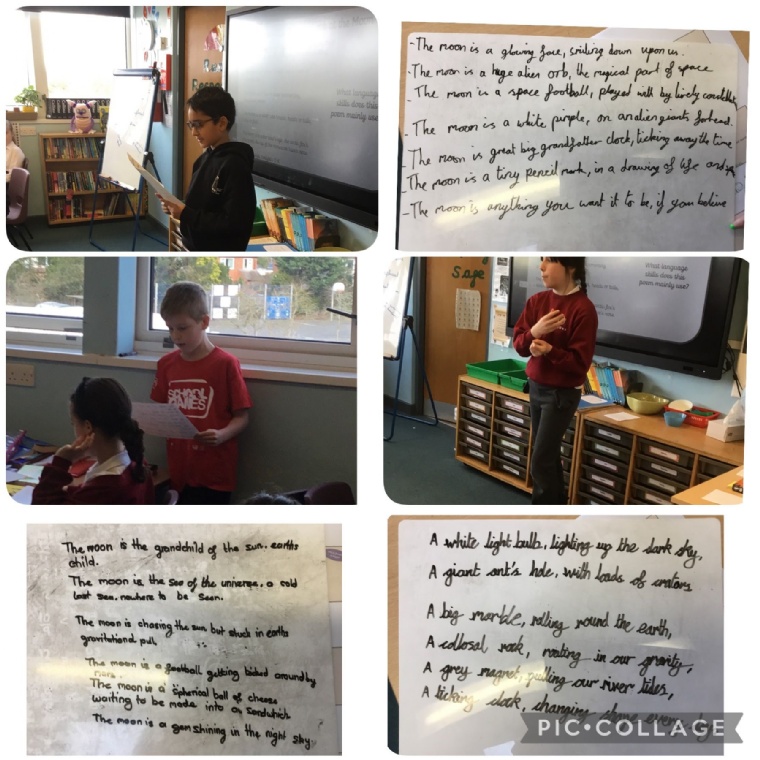 This week in English, we have focused on poetry. We looked at a poem called 'Six ways to go to the moon', we realised that the poem using lots of metaphors to describe what the moon looks like.
Year 5 thought of their own metaphors for the moon and used these to create their own poems using the same style. The second part of the lesson focussed on the performance and how to perform/read a poem. We thought about the speed and the emotion we wanted to portray. The children then performed their poems to the class. All Year 5 teachers were extremely impressed with what the children had written! You should be really proud of yourselves!