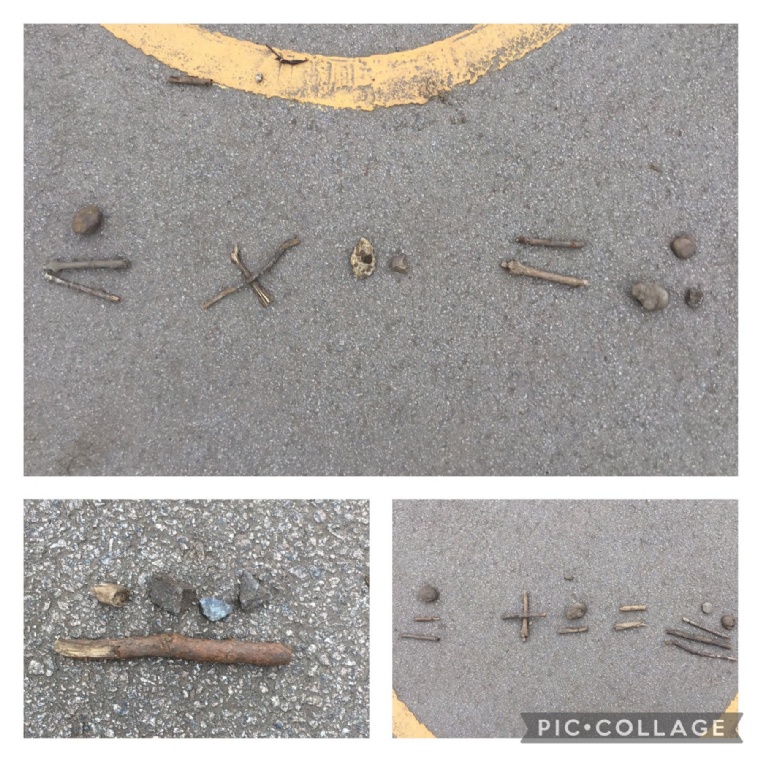 In this session, we had a look at the three different calendars used by the Mayans, the Haab, the Tzolkin, and the Long Count Calendar. We learned that the Haab was the Mayans’ solar calendar and how they created it by tracking the movements of the planets. The Tzolkin was the religious calendar that they used to tell them when they needed to worship their Gods. We then compared how dates are written in the Gregorian calendar (the one we use today!) and the Mayan Long Count calendar to see what was the same and what was different.

After this, we explored the Mayan number system and tried to work out what each of the symbols meant. The symbols they used were a stick, a pebble and a shell, as these were the kind of objects that the Mayans would have had around them. Once we had worked out what they all meant, we looked at how the Mayans created larger numbers, and then worked together to figure out some of the more difficult numbers! To practice using this number system, we then went outside to make some of our own Mayan numbers with sticks, pebbles and leaves.