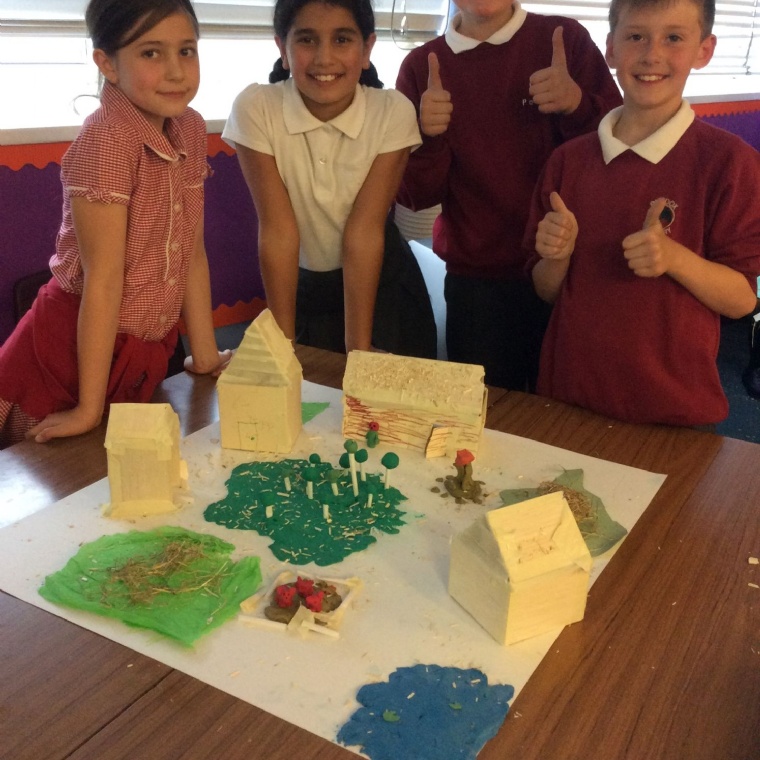 This week we have been learning about the Anglo-Saxons, their culture and their tradition.

We have had a great start to the year, learning about Beowulf and retelling the story with music to create the mood and atmosphere. We also learned that, although the Anglo-Saxons were around over 1600 years ago, they were still able to use WhatsApp! We thought about the characters in Beowulf and imagined a conversation they would have on WhatsApp when Beowulf had decided to go and help King Hrothgar slay Grendel!

We have been learning about Anglo-Saxon settlements and were able to design and create our own out of straw, hay, wood chippings, artstraws, cardboard, tissue paper and lollipop sticks. It was lots of fun, but most of the materials ended up on the floor for Mr Patel to clean up!