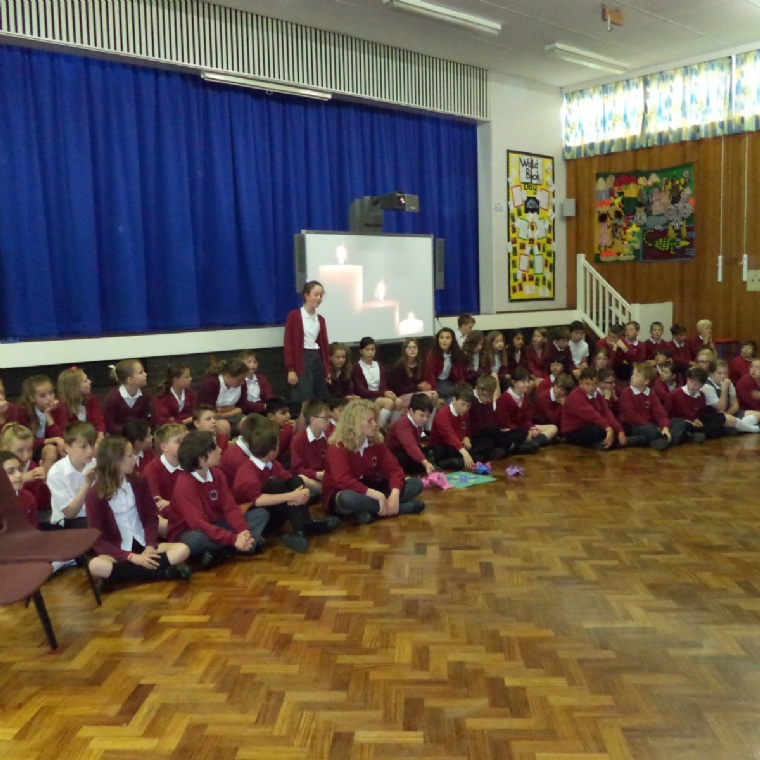 Year 6 did a brilliant job in their Wesak assembly this week. They explained that Wesak is a Buddhist festival that happens on the first full moon in May and that is celebrates the life and death of Buddha (Siddhartha Gautama). Some children also acted out the story of Siddhartha and how he became the Buddha and shared the 4 noble truths that he realised when he became enlightened:

- The first Noble Truth is that life is full of suffering and people are never satisfied with what they have.

- The second Noble Truth is that suffering and dissatisfaction are caused because people want things.

- The Third Noble Truth is that if we want to stop suffering and feeling dissatisfied, people need to stop wanting things.

- The Fourth Noble Truth is that it is possible to stop wanting things if people follow what is called the Middle Way: the delicate balance between having too much and having too little.