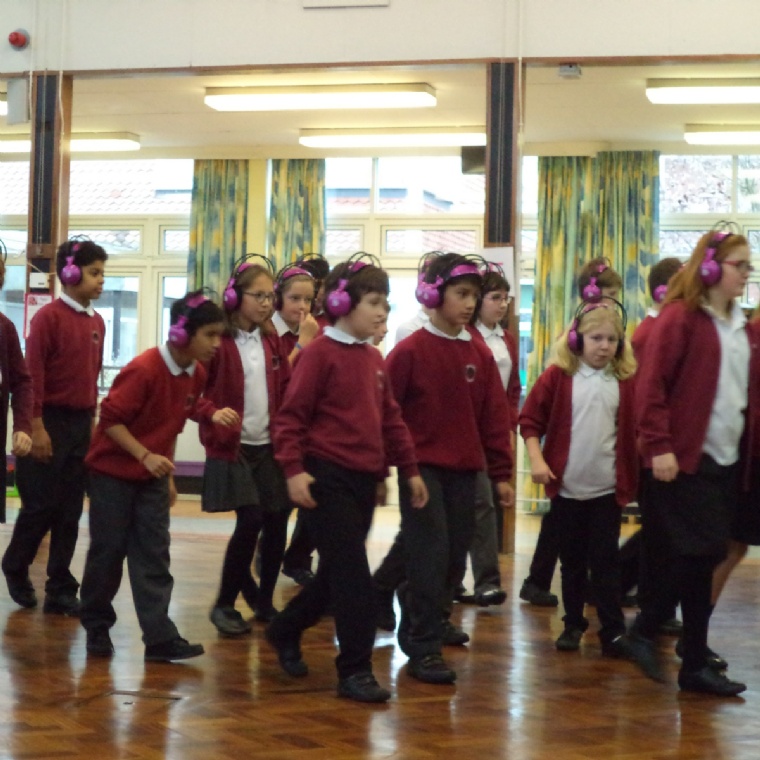 On Monday, we took part in a Viking Press-Play-Go workshop. We began by playing games where we had to follow the leader's actions, then we were each given a set of headphones and we listened to a Viking drama unfold. In role as a Viking child, we acted out the story as our sister was taken from Denmark to raid England. Through drama and mime, we delivered the story clearly with no sound. It was as if we were having a silent disco!