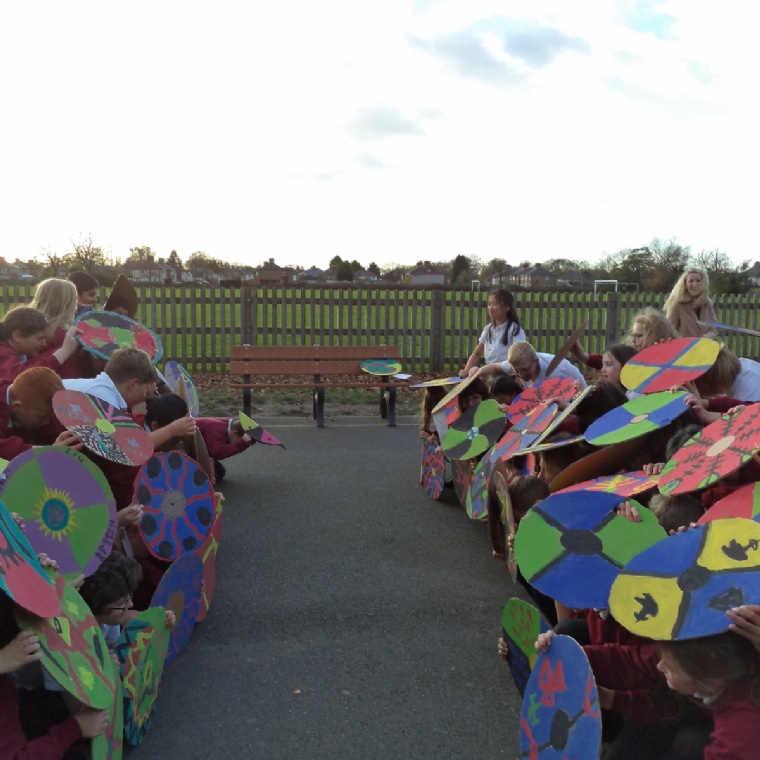 This week, we made Viking shields ready for a battle of the classes! We designed our shields using symbols to represent ourselves, then painted them and added finer details. After watching video clips of Viking battles, we went outside to recreate our own battle scene (with Battle Rules for safety!!)

We practised creating a 'shield wall' in groups of 6. It was very tricky to move together at the same time to protect all of our soldiers. Then we came together as two teams and our class leaders, Jack L and Tanay, took the role very seriously and shouted commands to their troops.  It was decided amongst the 'leaders' that the battle was a draw. Both armies fought valiantly!