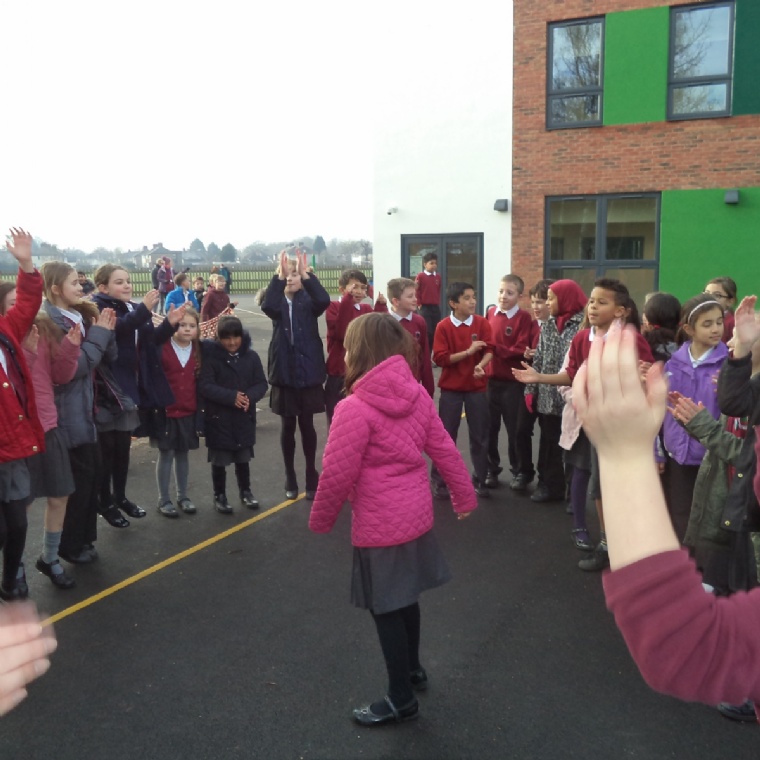 Last week, we had great fun taking part in the Singing Playgrounds workshop at school. This is a new initiative which involves a group of children (known as "Song Leaders") leading singing games on the playground at lunch times. During the workshop, we learnt lots of singing games including "Bungalow", "Here comes Sally" and "John Kananakah". At lunchtime, the amount of children who took part in these games was overwhelming! We will have dedicated 'song times' at lunch, three times a week from now on.

In Year 6, we have been writing non-chronological reports about volcanoes. We really impressed our teachers by including lots of interesting facts in a captivating way. Who knows - we might even have a few future volcanologists among us!!