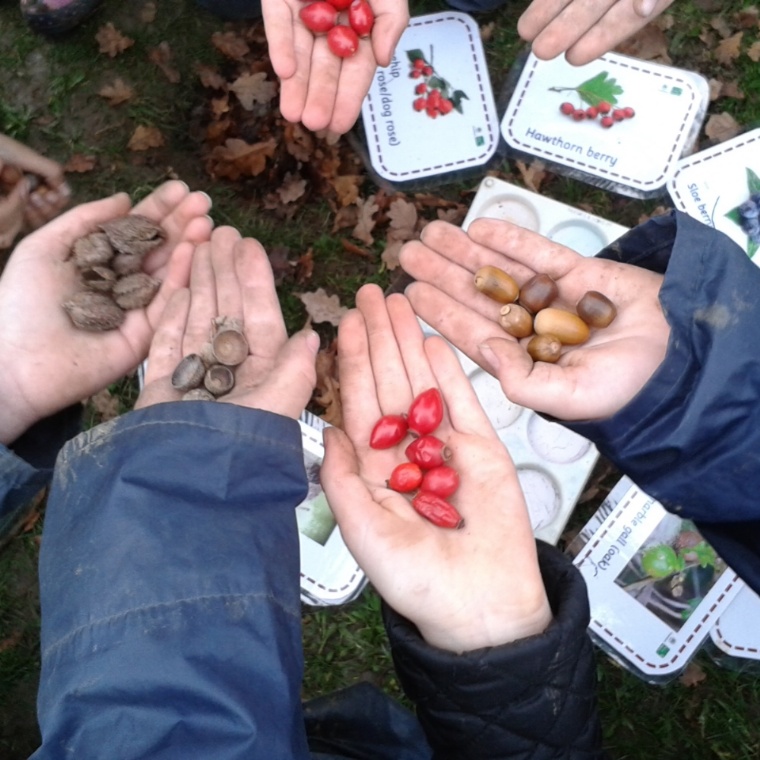 That the Vikings were a bloodthirsty lot is undisputed. To get into character this week, longship crews (including the Sly Foxes, Silver Deer and Cut-throat Lions) tackled the challenge of reaching the shores of Northumbria using only four crates (which we imagined made the humped back of the Midgard Serpent), a few planks and Woden's Wondrous Willow Whip. In this week's weather conditions, the North Sea crossing was far from straightforward. 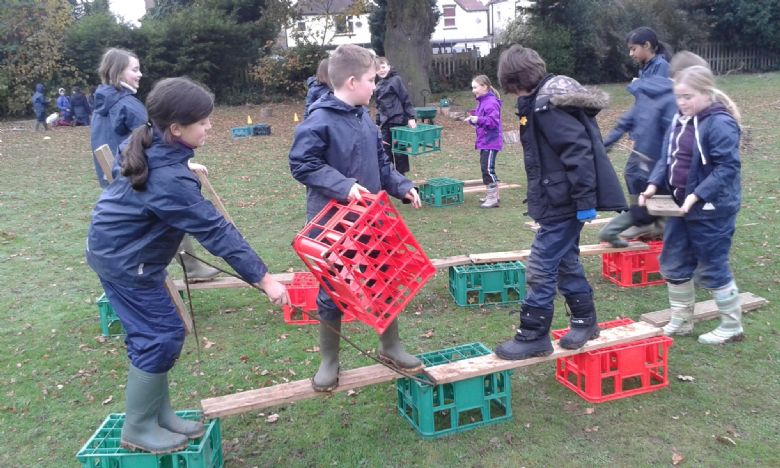 But it wasn't all rampaging through Europe. Children identified that Vikings had furs, walrus ivory, iron, wool and fish to trade. So we set off, down through the rivers of Russia (where the Vikings were first known as the Rus) to reach Constantinople on the Black Sea. There we traded what we'd found in Northumbria: our Woodland Commodity Trading Game.

You can play at home, too. Make sure you know what you're foraging - our identification cards can help (see attachment below), but use field guides and experienced adults to make sure, so there's no confusion over similarly-coloured poisonous berries. If you're not sure, steer clear and stick to what you know: acorns, sycamore spinners, conker cases etc.

You'll also need to do a bit of maths to work out the right number of items to trade. For 12 players, we used 6 different nuts, berries and galls, with 12 of each (6x12). But it can work with a smaller number of players, too.

Start with each player having 6 of the same, then trade one-for-one with the others in the market until you have six different (i.e. unique) items in your hand (including one of the items you started with.) In Round 2, trade until you've got six of the same again - but not the type you started with! Traders don't return home with the things they already had...