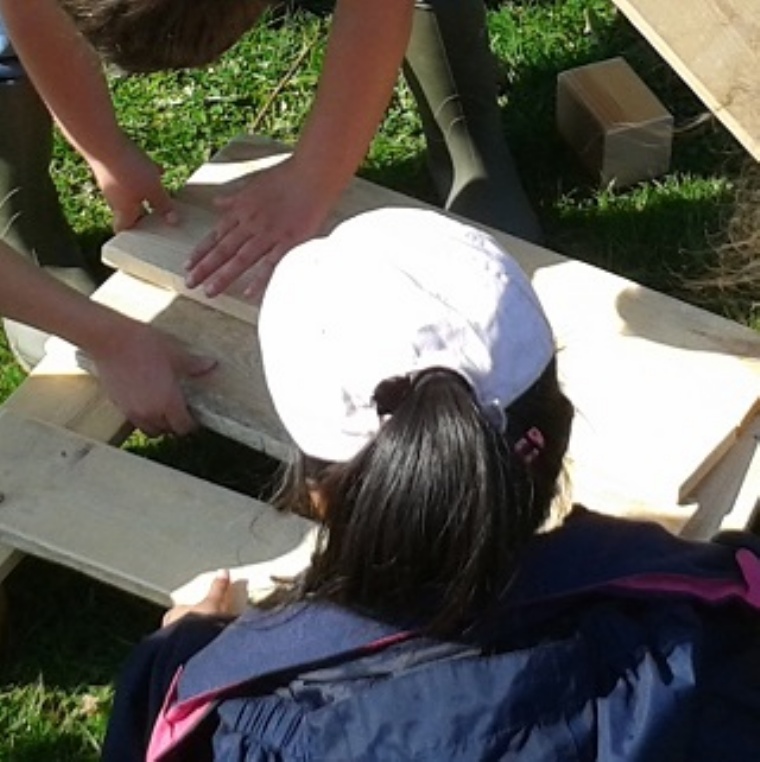 If we build it, they will come: at least, that's what we're hoping the minibeasts will do once they see the luxury, six-storey apartment we've constructed for them.

During the Easter holidays, Mrs Huggett came up with a brilliant way to upcycle an old pallet and bedframe to create an IKEA-style flat-pack, self-assembly bug hotel. The instructions were clear enough for the Year 1 and 2 Forest Schoolers to follow on their own; once built, they foraged for suitable habitat materials, which prompted lots of discussion about what minibeasts would like, and why. Imaginations ran riot, with lifts, slides, swimming pools, gyms and rooftop terraces added to the basic structure. 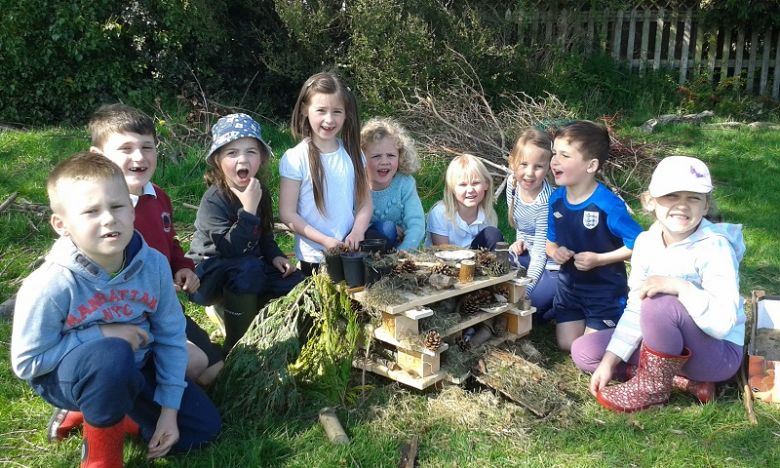 Throughout the sessions, we came across plenty of potential guests. One student discovered what looked at first to be a small worm, but turned out to be the larva of a crane fly (daddy-long-legs). It's curious to think that, before they plaster the walls and windows in their thousands, they're hanging out underground, waiting for their time in the sun.