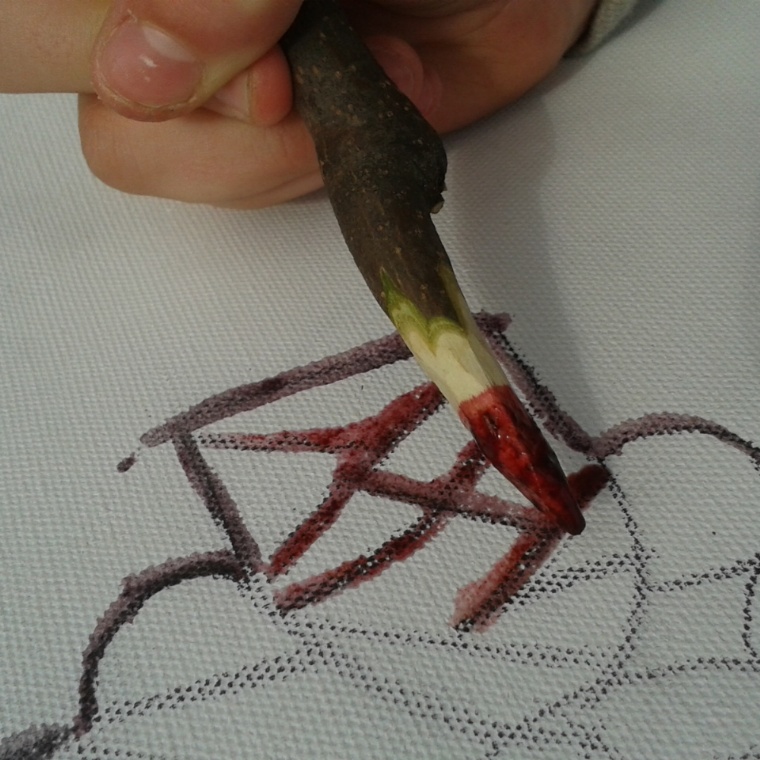 One of the benefits of entering the second year of Forest School is the ability to learn from last year's experiences. I remembered being slow off the mark with elderberries for an Andy Goldsworthy-inspired afternoon, so I knew I had to get foraging in the early weeks of September. If there's a bustle in your hedgerow, don't be alarmed now... it's probably Mr Clements or Mrs Huggett foraging for those perfectly ripe purple clusters, cramming shopping bags and panniers to bursting point.

Depending on the weather conditions, Years 5 and 6 have either taken part in some reconstructive archaeology, improvising with wooden tools and cloth to extract the elderberry juice, and to store it safely, to use later as a sort of ink or paint. They've also whittled nibs/pens from elder and apple branches: interestingly, the soft pith in the centre of the elder absorbs the juice, like a prototype felt-tip pen.

The sun shone on 5P on Thursday, long enough for them to put branch and juice to canvas. With photographs of a range of Anglo-Saxon and Viking artefacts as stimuli, they produced some high quality work. 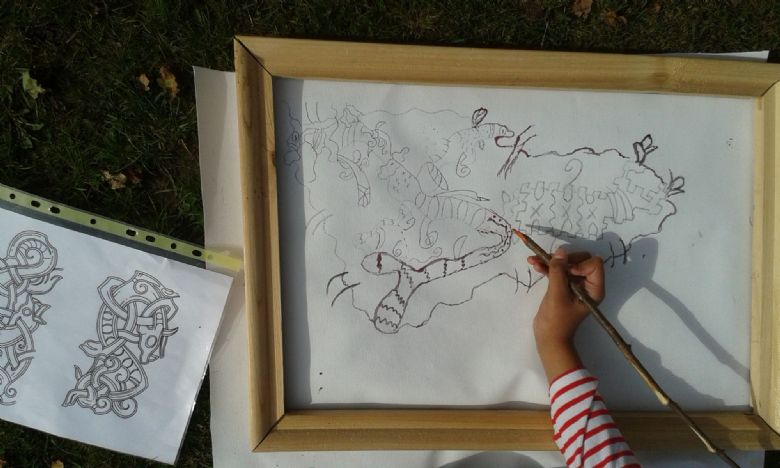 If you've not been already, I'd encourage you to visit the Birmingham Museum and Art Gallery to check out the new Staffordshire Hoard gallery to get close to some incredible Anglo-Saxon metalwork.