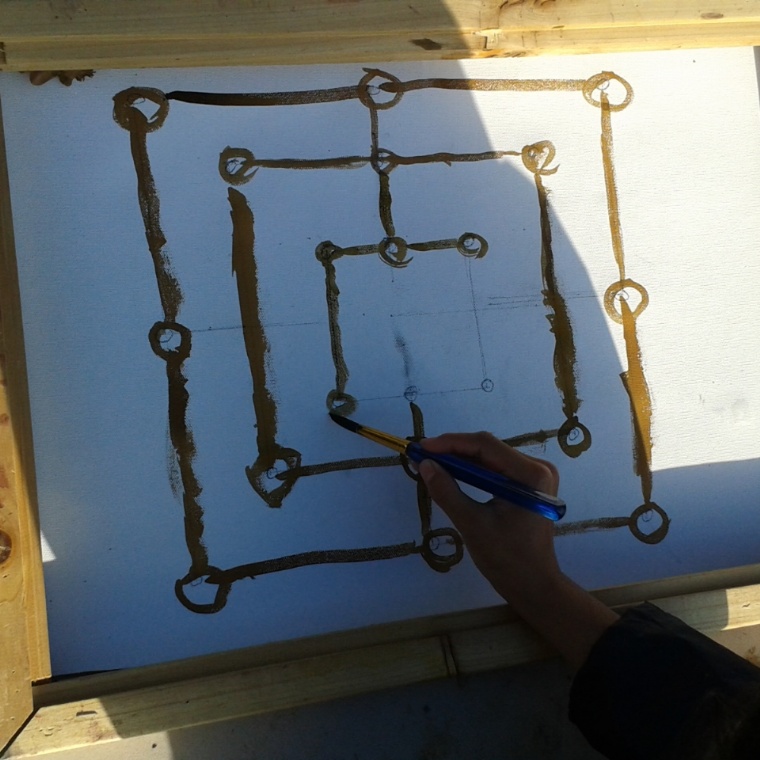 Anglo-Saxon board games: for when the Anglo-Saxons were bored, presumably.

Inspired by my summer trip to the Birmingham Museum and Art Gallery, I thought it would be fun to make an Anglo-Saxon board game. But rather than carve it into the pews at St George's (as some medieval players did), we opted to make a connection with our elderberry artwork and create an inked canvas Travel Edition. The bow saw group provided the counters. We're even planning on adding a set to the rainy day games box for each class. 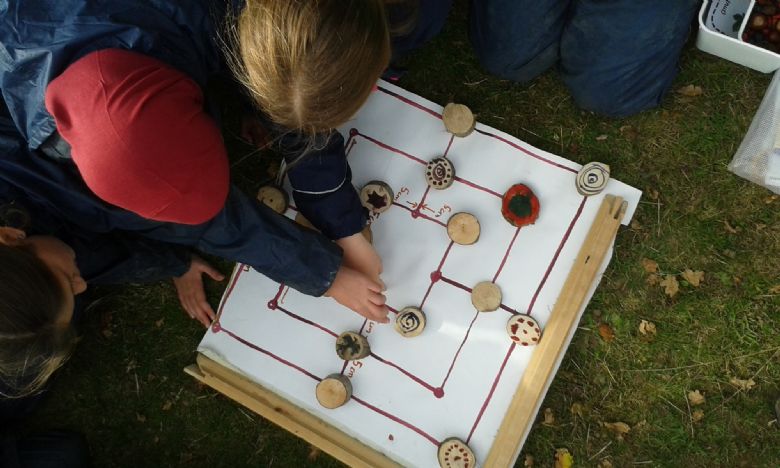 It may be that not everyone took one home - different classes experienced different weather conditions, with groups playing catch-up with tool use. For those who did (and even if you didn't), the rules are available here. Blank game grids are attached.

What can you forage to use as counters?